time: under one hour without stops.

difficulty: 2/10 – the route is mostly a gravel path with some wooden steps and some areas where you’re walking over boulders.

shade: it’s a forest path with patchy shade most of the way.

enjoyment: 6/10 if you ignore the warning signs and go for a quick dip (don’t do this after heavy rain) it would be a very enjoyable summer stroll. 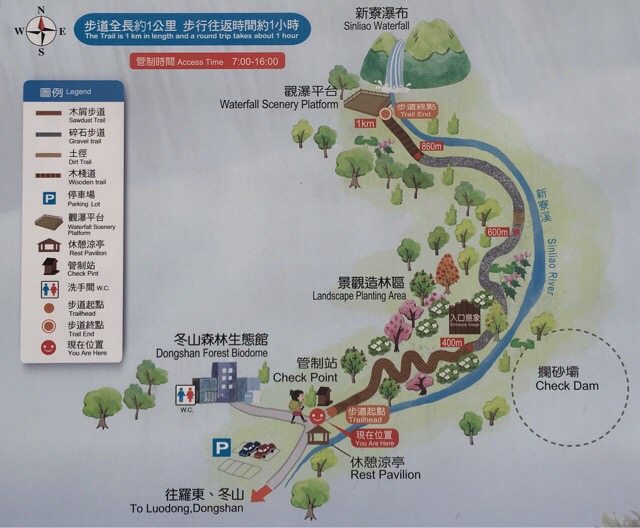 After arriving at the carpark you’ll find a little hut just before the trail-head where you can sign in, when we went the lady who was looking after the signing in book was selling some preserved fruit snacks. There’s also a toilet behind some government forestry offices. 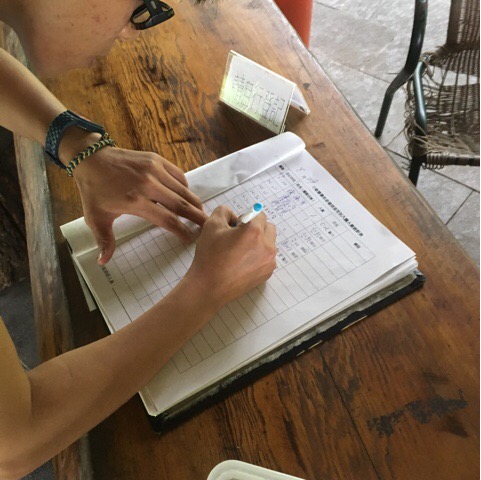 Visitors are required to sign in before heading up the trail, apparently it’s for safety reasons but I’m not sure why as this trail is a lot less dangerous than many. It is probably more to do with the fact that people ignore the safety signs and bathe in the river, when we went it was quite tame but I imagine that it’s a bit different after a heavy storm.

The entrance to the trail has a map and some details about the walk. All along the path you can find information boards about the geology and nature of the area. One I found interesting was a sign explaining how the path had been rerouted a few years back after a particularly large typhoon altered the landscape of the area. 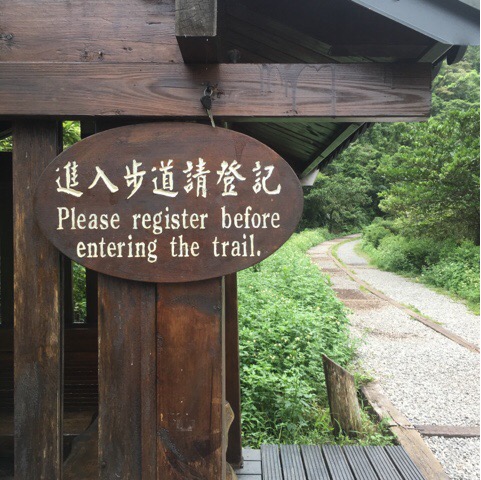 In case you weren’t prompted by whoever was waiting by the first hut you are reminded again to register before starting the trail.

Most of the path is easy to walk over.

Rounding a bend in the river valley you get your first view of the waterfall.

There are several places along the trail where it’s easy to get down to the water, each entry point is marked by a warning not to go into the river.

The last section of the trail has been decked.

The viewing platform you half-way up the waterfall so that you can look down to see the water crashing into the bowl it has carved out over the years. Looking the other way you can see back down the river valley. When we went there were young people ignoring the signs to go for a swim.

We too ignored the signs to dip our feet in the refreshingly cool water.

how to get there
car or scooter: google maps address: 新寮瀑布步道 269, Yilan County, Dongshan Township

public transport: catch a train to Luodong (羅東) train station, then get on bus 281 from Luodong towards Ren Shan Botanical Gardens (仁山植物園) and get off at the last stop. From there it’s a 1-2km walk to Sin Liao waterfall trail. The last return bus is at 6.30pm so make sure you leave early to have enough time.

My new words learnt on this hike were:

Start planning with your hiking friends: